How about a West Hollywood Transit Tunnel (inspired by Seattle) 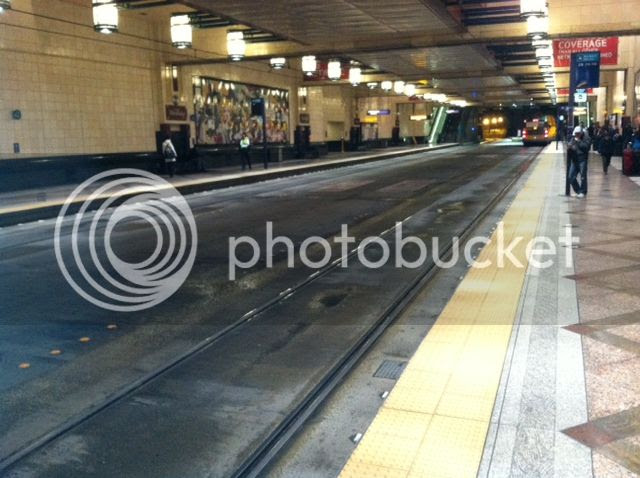 West Hollywood could put one of these under Santa Monica Boulevard.

We do not necessarily need to wait for Metrorail to build it.  Perhaps our City Council candidates could be asked to raise bond money to build it for Rapid buses today (while local buses continue to run on the surface), while we can add light-rail tomorrow as Seattle has done.

With ever more congested traffic and density, we cannot depend on single-occupancy vehicles as the sole means of transportation to/from/within West Hollywood anymore.

We could partner with the cities of Los Angeles and Beverly Hills to create a transit tunnel from Hollywood/Vine to Century Century using the unused Metro right-of-way through Beverly Hills.

However, a four stop transit tunnel underneath Santa Monica Blvd. through West Hollywood would be very attractive to bringing future transit improvements. Stations at San Vicente/Robertson, La Cienega, Fairfax and La Brea come to mind. Imagine rapid buses entering the tunnel through at Doheny and exiting at La Brea.  Eventually the neighboring areas would want to extend it and add light-rail and streetcar.

And as an affluent city, I believe West Hollywood could start on this as a capital project were it so inclined.  West Hollywood voted 86% in favor of Measure R and was also the highest voting  city for Measure J.  Right now we are getting NOTHING for that vote.  For those who want to build something cheaper than an underground tunnel, we could create our own transit-only lanes on Santa Monica Boulevard.

Metro depends on the overwhelming "Yes" votes West Hollywood, Hollywood and surrounding areas in order to pass countywide transit measures, yet it still offers us NO Metrorail projects for our sales tax dollars. While I strongly supported Measure R and Measure J and still do, what if instead of voting to spend our sales tax money on the rest of the county, West Hollywood spent its own sales tax revenue on its own transit infrastructure?

Just a thought.  What are yours?
Posted by Dan Wentzel at 1:23 PM 9 comments: