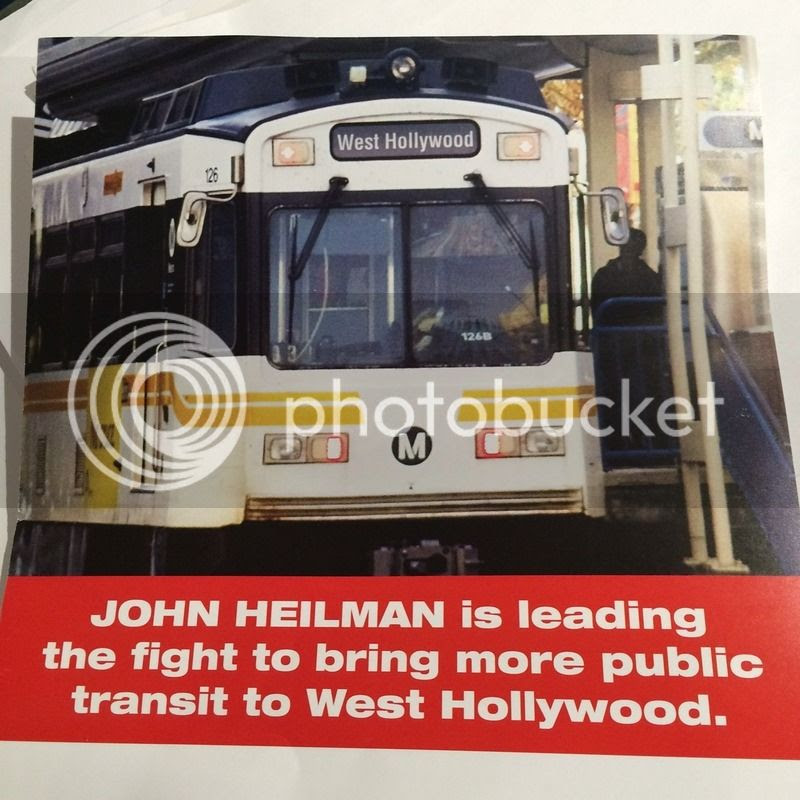 City Council Candidate John Heilman is seeking to return to the West Hollywood City Council.  I was so excited to see a council candidate fully engage on the topic of public transit I jumped for joy when I saw this in my mailbox. 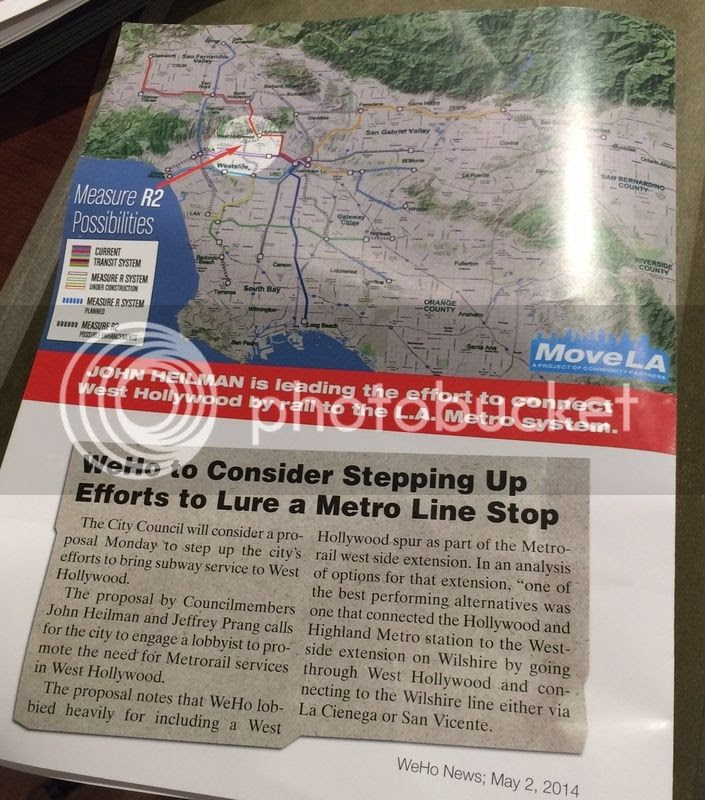 We have a tremendous opportunity for West Hollywood to discuss and debate improving public (and bicycle/pedestrian) transit prior to the June 2 special election.  Transportation was unfortunately narrowly discussed around the issue of traffic and parking meters for single-occupancy automobiles in the general election in March.  Let us have the fuller transportation discussion we should have had then in the remaining two weeks of the campaign for the special election for West Hollywood City Council.

I look forward to the other candidates mailers and campaign materials on public (and bicycle/pedestrian) transit.

I also invite any of the candidates who wish to submit their public (and bicycle/pedestrian) transit platform to me which I will happily post on this blog for your consideration and discussion.